The Electron Spin Resonance (ESR) Group of the Royal Society of Chemistry (RSC) has announced that the 2015 Bruker Prize Lecturer is Unicat Professor Robert Bittl from „Freie Universität Berlin“. 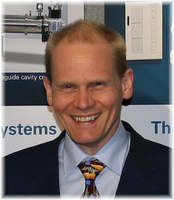 Robert Bittl (Research Fields E2, E3, D3, and E4) will be honoured for his major contributions to the application of ESR spectroscopy in chemical and biological systems. The lecture will be followed by the Bruker reception.

Since 1986 Bruker BioSpin has generously sponsored an annual lectureship and prize.