Professor Robert Schlögl was awarded the Alwin Mittasch Prize 2015 in March at the Annual Meeting of German Catalysis Scientists in Weimar. 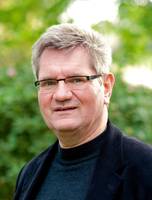 Robert Schlögl has been a UniCat member since its foundation in 2007 working in the Research Fields D1 and D2. In addition, he is Scientific Director at BasCat, the UniCat BASF Joint Lab.

This prize is conferred in recognition of his extensive contributions to the characterization of heterogeneous catalysts and their preparation for industrial applications, by which he has succeeded in bridging the gap between model catalysis and complex technical catalysis. His work provides a seminal, new understanding of catalytically active materials, thus opening up the way to more effective development of industrially applicable catalysts in the future.

The Alwin Mittasch Prize is awarded to researchers who have both extended the fundamentals of catalysis and found exemplary applications in industrial practice. This prize is announced internationally and comes with a cash sum of 10,000 euros. It is sponsored by BASF SE and is generally conferred by DECHEMA and the German Catalysis Society (GeCatS) every three years. The Alwin Mittasch Prize is Germany’s most prestigious award in catalysis research.

Schlögl is the recipient of numerous awards and honours in recognition of his scientific achievements, including the DECHEMA Plaque in Titanium, the Otto Bayer Award and the Schunk Award for Innovative Materials. Furthermore he is a member of the Berlin-Brandenburg Academy of Sciences and Humanities and is an Honorary Professor at the TU Berlin, Humboldt University of Berlin and also at the University of Duisburg-Essen.