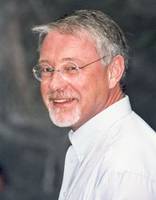 The awards ceremony took place on 12 November 2014 at Baltimore Convention Center in Baltimore, Maryland. The American Vacuum Society established an annual awards program to encourage excellence in research and innovation in technical areas of interest to the AVS.

The Gaede-Langmuir Award recognizes Hans-Joachim Freund’s “seminal contributions to the understanding and development of novel physical and chemical concepts about the behavior of atoms, molecules and electrons at catalytically-active surfaces." Hans-Joachim Freund has been a UniCat member since its foundation in 2007 working in the Research Fields D1 and D2.

Hans-Joachim (Hajo) Freund (born 1951) studied physics and chemistry at the University of Cologne and received his PhD in 1978 with a thesis on quantum chemical calculations and photoelectron-spectroscopic studies on transition metal carbonyl compounds in comparison with carbon monoxide adsorbates.

Between 1979 and 1981 he worked in the Physics Department at the University of Pennsylvania as a postdoctoral fellow of the German Science Foundation (DFG) on synchrotron studies of the electronic structure of adsorbates on metal surfaces.

He finished his habilitation in 1983 at Cologne University and accepted in the same year a position as associate professor at the University Erlangen-Nürnberg. In 1987 he moved to a position as professor of physical chemistry at the Ruhr-Universität Bochum, where he started to develop an approach to study model catalysts based on thin oxide film supported metal nanoparticles, an approach now used throughout the world.

In 1995 he accepted a position as scientific member and director at the “Fritz-Haber-Institut der Max- Planck-Gesellschaft” in Berlin where he is head of the Department of Chemical Physics. Here the entire department is dedicated to study model catalysts, applying a large number of techniques and instruments, some of which were newly developed within the department to investigate oxide surfaces and oxide metal interfaces.

New materials, such as two-dimensional alumina, silica, and alumosilicate, as well as transition metal oxides have been synthesized and characterized also in collaboration with theory groups. The electronic properties of metal and oxide clusters have been studied using scanning probe techniques, including a home built photon-STM and other ensemble averaging techniques, such as micro-calorimetry.

Since 1996, Hajo Freund is a regular member of the Chemical Sciences Section of the Academia Europea, the “Berlin-Brandenburgische Akademie der Wissenschaften” since 1998, the Academia Brasileira de Ciencias since 2004, the German National Academy of Sciences Leopoldina since 2009, and the Chemical section of the Hungarian Academy of Sciences since 2013 as Corresponding Member.

Hajo Freund holds an honorary Doctorate from University Aix Marseille, France since 2013. He is Fellow of the American Physical Society since 2001. He is member of several scientific societies; member of several advisory boards of scientific journals, has published close to 700 scientific papers with more than 28,000 citations and given more than 650 invited talks. He has held a number of named lectureships over the years, such as the Bemstein Lecture 2013/2014 of the University of Wisconsin-Madison, the Robert-Bunsen-Lecture 2012 of the German Bunsen Society for Physical Chemistry, the Dinesh O. Shah Lecture in Surface Science 2012, University of Florida, the Kistiakowsky Lecture at Haward and the Arthur D. Little Lecture at MIT in 2011, the Ipatieff and Malcolm Dole Lectureships at Northwestern in 2008/2005, the Hassel Lecture of the Norwegian Chemical Society in 2008, the William Draper Harkins Lecture at Chicago in 2002, and the Frontiers in Chemistry Lectures at Texas A&M in 2001.

Hajo Freund is a founding member of the Scientific Council of the European Research Council. He has educated more than 120 PhD students and collaborated with more than 70 postdoctoral associates. Many former members of his group hold higher academic positions worldwide.

The Gaede-Langmuir Award was established in 1977 by an endowing grant from Dr. Kenneth C. D. Hickman. It is presented to recognize and encourage outstanding discoveries qnd inventions in the sciences and technologies of interest to the American Vacuum Society (AVS). The award is conferred biennially as a suitable candidate may be identified. It consists of a cash award, a commemorative plaque stating the nature of the award, and an honorary lectureship at a regular session of the International Symposium.

The AVS: Science and Technology of Materials, Interfaces, and Processing (formerly American Vacuum Society) was founded in 1953. AVS is a member society of the American Institute of Physics. AVS has approximately 5000 members worldwide from academia, governmental laboratories and industry. AVS publishes through the American Institute of Physics the Journal of Vacuum Science and Technology (JVST A and B), Biointerphases, which are devoted to peer-reviewed articles, and Surface Science Spectra (SSS), which publishes peer-reviewed articles with reference spectra of technological and scientific interest.