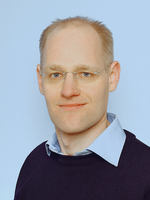 Prof. Dr. Andreas Möglich has accepted an appointment for a Full Professorship at the University of Bayreuth. He will move to Bayreuth and become a Professor of Biochemistry on 01 April 2015.

In 2010, the Alexander von Humboldt Foundation awarded the Sofja Kovalevskaja Award to Andreas Möglich. He moved to Germany to establish an independent research group and to become Professor of Biophysical Chemistry at Humboldt Universität zu Berlin. Since May 2011, Andreas Möglich has been a junior research group leader in UniCat Research Field E4