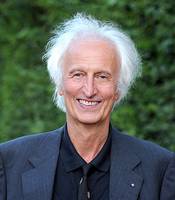 This year’s Karl Ziegler Award of the Gesellschaft Deutscher Chemiker (GDCh - the German Chemical Society) will go to UniCat professor Helmut Schwarz. This prize is one of the most prestigious awards for chemists in Germany. It is conferred for outstanding achievements in the areas of chemistry in which the scientist Karl Ziegler - the award’s namesake - also conducted research. These areas particularly include organometallic and inorganic chemistry, organic and applied chemistry, polymer chemistry and catalysis. With the selection of Helmut Schwarz, one of the world’s leading researchers in the area of molecular chemistry is being honoured in 2015.

Schwarz has been a professor of chemistry at the Technical University of Berlin since 1983 and the President of the Humboldt Foundation since 2008. He worked at several research institutes in several other countries, including England, Israel, France and Japan. He is a member of various academies and panels, and served as vice-president of the Deutsche Forschungsgemeinschaft (German Research Foundation). Schwarz has received numerous awards for his basic research work. These awards include the Officer's Cross of the Order of Merit of the Federal Republic of Germany, the Gottfried Wilhelm Leibniz Award of the Deutsche Forschungsgemeinschaft, the Max Planck Research Award, the Liebig-Denkmünze medal of the Gesellschaft Deutscher Chemiker, the Blaise Pascal Medal in Chemistry of the European Academy of Sciences and the 2014 Schrödinger Medal of the World Association of Theoretical and Computational Chemists.