The first awardee in 2011 is the American chemist Prof. John F. Hartwig. He made his debut as recipient of the Einstein Foundation Award in the German Cluster of Excellence “Unifying Concepts in Catalysis” (UniCat) on 29th June 2011. Following the official presentation of his letter of appointment as “Einstein Visiting Fellow”, he gave his inaugural lecture on the site-selective functionalization of carbon-hydrogen bonds for the more efficient use of hydrocarbons in the supply chain.

“John Hartwig is a major star in the organometallic catalysis field. His creative approaches will generate new, unforeseen interdisciplinary synergies in our Cluster of Excellence. It feels like we are a Premier League football team when a new top player joins the team,” enthuses Prof. Matthias Driess, chair of UniCat, who is very pleased with this boost to the homogeneous catalysis field.

The scientist is to visit Berlin several times a year, where he initiates research projects with his Berlin colleagues and spends some time teaching. The Einstein Foundation Berlin provides €150,000 per fellow per year, which affords the means to set up a Berlin working group.

John Hartwig (46) has written over 250 publications and is one of the 50 most-quoted chemists in any area of study. Until recently he was Professor of Chemistry at the University of Illinois, USA, changing a few weeks ago to the renowned University of California, Berkeley. Even at the very start of his scientific career he was already making a series of spectacular discoveries thanks to which the catalytic transformation of hydrocarbons into functionalized reusable materials was possible for the first time. 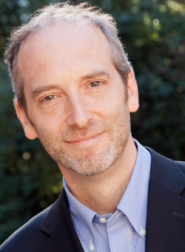